We are immortal entities living in mortal bodies; death is not our end

In other words, the corruptible shall put on incorruption, and the mortal shall put on immortality, but death cannot be swallowed up in victory. For if ever it were, along with it would go meaningful life. The self incarnated in this way would be both fully immanent and fully transcendent. Thinking so, living truth in the midst of conflict, he would be free to love the world perfectly. Not resenting the temporal world as an obstacle to an eternal paradise, he might reveal the kingdom of god to be within you.

Not resenting time as an inexorable thief of our beloveds, he might say today you will be with me in paradise. Such a logos, or word of god, would be the Heraclitean Christ. Whoever confesses him would try to imitate him, living a Christian life, with most of the anxieties this paradoxical vocation has always provoked. Is this genuine prayer or sophisticated idolatry?

Is this authentic meditation or simply self-help? Is this chastity or repression, courage or pride, charity or vanity? Heraclitean Christianity offers the anxious believer no special solace but one. Since the first Pentecost, and no doubt before that, Christians have struggled with contradictions. All religions must, of course, but the religion that confesses a human god assumes a unique burden in this regard.

Tertullian famously shrugged it off with these words: certum est, quia impossible ; it is certain, the immortality of mortals, because it is impossible. Such fideism has always tempted Christians, and it is arguably more tempting now—in an age even more diffident about philosophical truth than it is about religious doctrine. Theologians who have put aside the Thomistic synthesis of faith and reason, ironically for good reasons, reach instead for Kierkegaard or some more recent iteration of the fideist position. Yet this choice, between consistent or irrational faith, preserves the false dichotomy that has bedeviled Christian theology from its earliest Platonic forms: either Christian doctrines can be rendered non-contradictory and thus acceptable to reason, or their irrationality must be admitted, sometimes with a smug contempt of reason.

Heraclitean Christianity escapes this false dichotomy by denying its implicit assumption that reason is consistency. If the highest form of reason is instead crosswise, as this series of posts has argued, then Christian confession would be reasonable despite its contradictions.

Not every contradiction is allowed; this cannot be emphasized enough; only those required by careful meditation upon this world are permitted. But according to the Heraclitean meditation of these posts, these permissible contradictions are the three just canvassed—between time and eternity, nature and god, mortality and immortality. As it happens, moreover, these are the same three contradictions which the Christian confesses in one person: Jesus Christ. 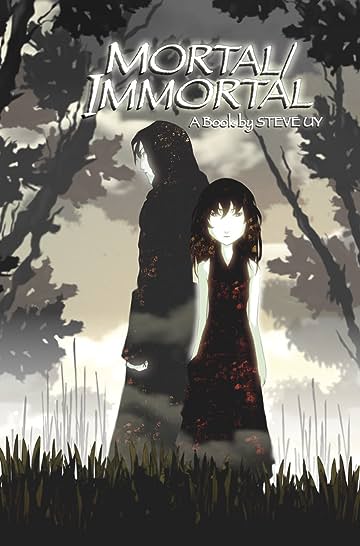 Far from irrational, confessing him would instead be the summit of reason. Many Christians worry less about irrationality than they do about orthodoxy, so a few words are in order about the fidelity of this interpretation to Christian tradition. Is it heretical to confess Christ crosswise? Here a philosopher must hand the baton to theologians, but only after quickly acknowledging important differences between this Christ and the one so deeply indebted to Platonism and its logic of consistency.

As already mentioned, neither his death nor ours is swallowed up in victory. On the contrary, death remains as invincible as the natural and temporal world it presupposes. As a result, no final resurrection will erase death forever, no pure eschaton will put an end to this impure world, nor will any future time witness the separation of wheat from tares.

Yet this is already happening now, so to speak, in eternity. Here in time, following the crosswise confession, we foresee no ultimate reconciliation of all contradiction.

Conflict is everliving, just as the cosmic fire. Nevertheless—and this is the only solace crosswise logic offers the anxious Christian—there is truth in conflict. Heraclitean philosophy permits us to speak this truth intelligibly, to think it reasonably, and thereby to feel it most maturely. God is born, great powers tremble, Lord of Heaven lies forsaken. Fire is frozen, splendor darkens, feeble nature God has taken. 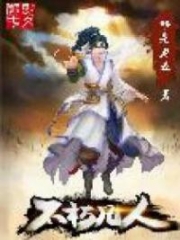 Now indeed the Word made Flesh has come on earth to dwell among us. Read Miller's contribution to Reflections on summer reading , as well as his interview with Nathan Schneider. Whether this means that very few real contradictions exist and if so logic might be pretty useless is another topic. I think it leads to Manicheism, roughly speaking. I am grateful for this. Patrick when I solicit work from bloggers I insist on their staying within words.

Your work here shows the poverty of that policy however. The danger here can be resentment of the world, I agree with you and Jeff both, but it need not, in fact Christians who insist on holding to a mystery we can contemplate but not fathom are often among the most generous spirits we have, open to a variety of opposing sources of wisdom and also committed to the truth we see in the face of Christ most fully.

Miller is doing something too rare these days: not just talking about philosophy and philosophers but doing philosophy. My question is this: would an even more radical chiasmus somehow be able to have eternity as classical Christianity construed it e. Is there a way to have heaven as eternal life, as life that was victorious over death, without having such a heaven? But many thanks to Miller for these posts. He does not do a lot with it, as he is not a systematic thinker. Is it not true that Heraclitus uses the concept of polemos?

Their own consciousness is on doubt the point that they go insane.

Are you satisfied with the result?

Thru the smithing expertise of Puzi, the battleship to be used in their travel to the Immortal Chasm was completed and they decided to go after Mo Wuji's transaction with an Immortal from Immortal Domain to exchange black stones for low level crystals. They were both astonished to see their resemblance.